I have been craving pasta lately. While doing one of our menus I suddenly realized I’d added three pasta dishes to a five-day span. Carb overload. I adjusted the menu to just one pasta meal, albeit begrudgingly, and left this gem on the menu, and I was not disappointed. It may have had something to do with the giant tub of blue cheese I had purchased to make a tomato salad for a potluck, to top my maple-glazed steak salad and for this pasta.
Orecchiette means “little ear,” which effectively means it’s shaped like a shallow bowl. A shallow bowl that acts as a suction cup to trap the blue cheese and the onions right inside there so that every bite is full of flavor and deliciousness. Start a pot of water boiling for these. 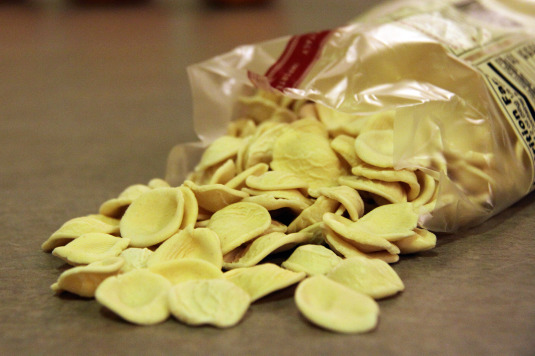 So, you’ll need an onion, make it a big one. Quartered and cut into thin slices. 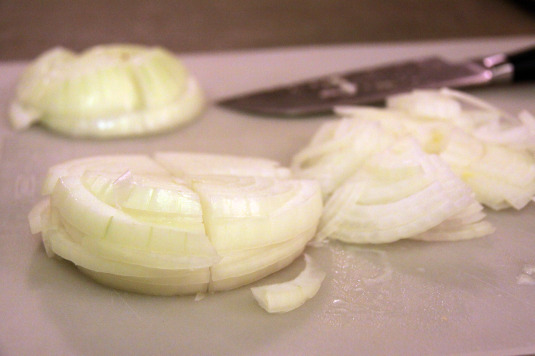 I’ve had these shallots sitting in my fridge from the garden. If you aren’t looking to spring the extra $ for the shallots, an additional onion will serve you just as well. In this case, because we’re cooking them together, the shallots will sort of melt and disappear into the onions and create almost a creamy sauce that we’ll toss with the pasta. 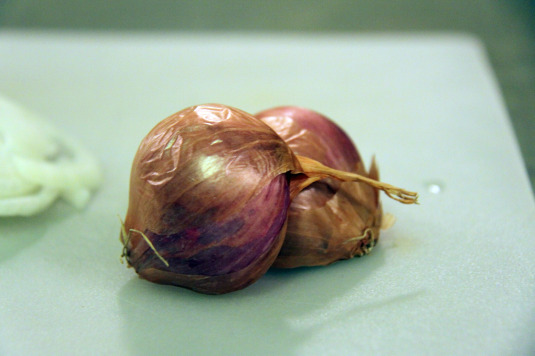 Melt the butter IN the oil over medium-high heat, and once it’s nice and sizzling, toss in the thinly sliced onions and shallots. Keep it going, and come back to it every once in a while while we’re doing the rest of this. They’ll need a while to brown.

Pour yourself a glass of wine to sip while you cook and your kids do their homework at the table. Ole chose Sebastiani’s Secolo that we bought on a trip to California. He gets liberal when uncorking wines in the fall because he knows that we’re set to return soon. (Side note: When did Kumquat get such long hair? And where was I?) 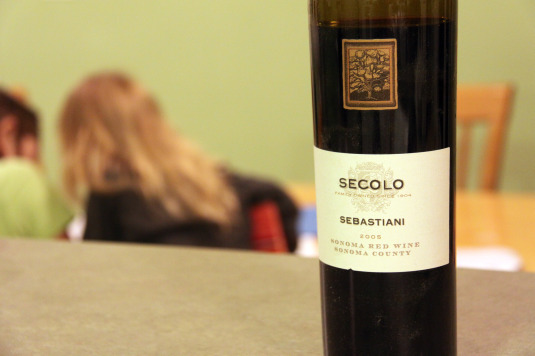 In a separate pan, heat a tablespoon of oil and add a bunch of salted and peppered chicken. Then toss in a bit of rosemary. Keep cooking it until it browns on both sides. Right at the end, add a bit of garlic for good measure. What would pasta be without garlic?

Chop your chicken into bite-sized pieces, perfect for stabbing with a forkful of pasta. We used tenderloin strips, which meant slicing resulted in the appropriate size, but breasts would have worked just as well. 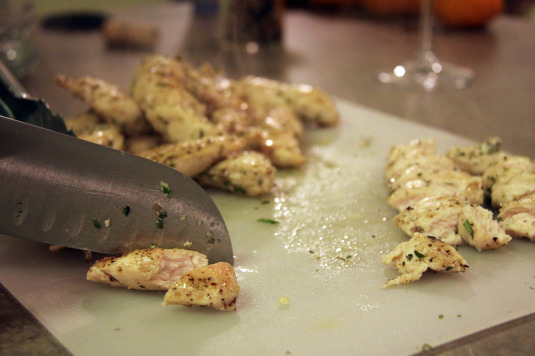 Don’t forget to stir your onions through this whole process. Just let them continue cooking and cooking until they get to a lovely brown color.

When your pasta is done, drain and add to the onions. After stirring them together, we added a scoop back to the chicken pan and gave it a swirl to collect the leftover juices and then tossed it back in with the rest. Add a heaping of blue cheese and your chicken and stir. 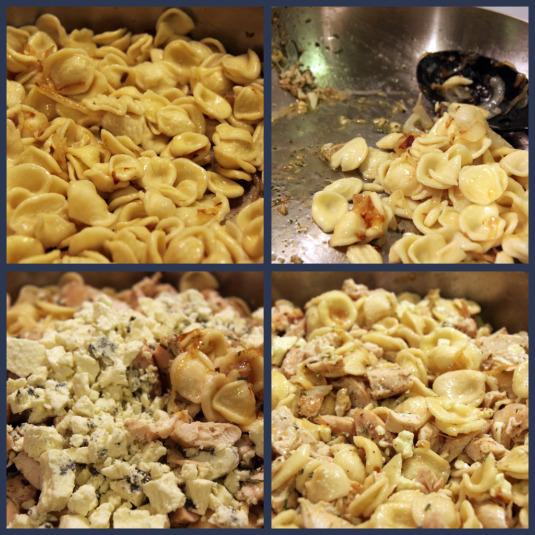 Finally, because I’m a sucker for cream sauces, add a bit of cream to stir in and hold it all together. 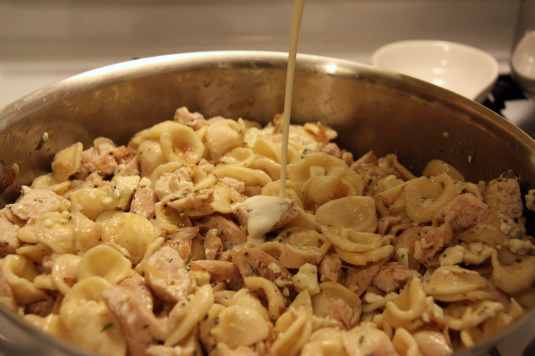 I may have tasted it before I served anyone. May have.

We ended up with about 3 lunch-sized servings left after everyone had had their fill, and it reheated wonderfully. In fact, I dare say I enjoyed it more for lunch on Day 2 during nap time. I love the quiet that nap time brings. 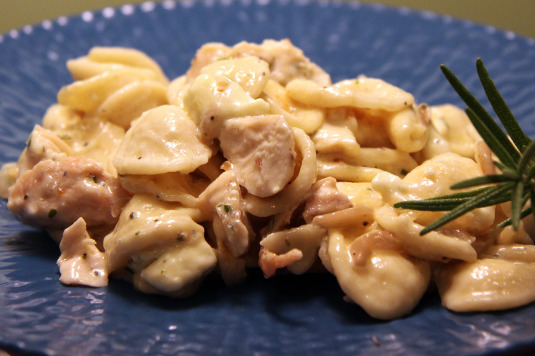