Sturdy halibut chunks are marinated in lime, then tossed with grapefruit, red onions, jalapeños, and cilantro in this ceviche served with baked plantain chips. 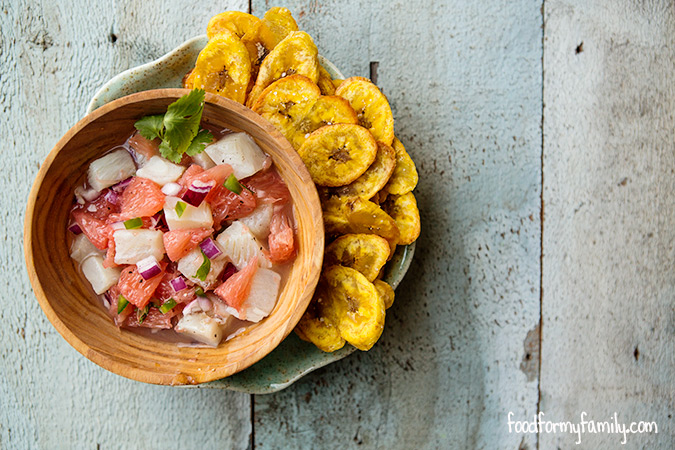 Now that I have confessed my inner most desires to you, I thought we should continue along the road of discovery. In addition to being less than well traveled, yet continuously fascinated by language and culture, reading endlessly trying to soak it up from my snow-covered corner of the universe, and lusting after worlds I have never seen, I have also never been on spring break. My college career was spent juggling motherhood, full-time employment, and full-time coursework, and I spent earlier spring breaks like most Minnesotan children spend spring break: locked inside or bundled up in the snow.
For those of us living in the northern areas, the week entitled “spring break” occurs before spring has actually sprung (the vernal equinox is on March 20th) and tends not to be a time to enjoy the weather, but more often than not, is a time to escape the weather and remember that the weather at home will get better. Soon, if you’re lucky.
That week of sunshine is most often spent watching through the window glass as the rays blindingly reflect off the white, snow-covered lawn. Tank tops and flip flops remain stored in plastic bins, tucked away in the depths of the basement past the washer and dryer, lined up against the cold cement block walls. 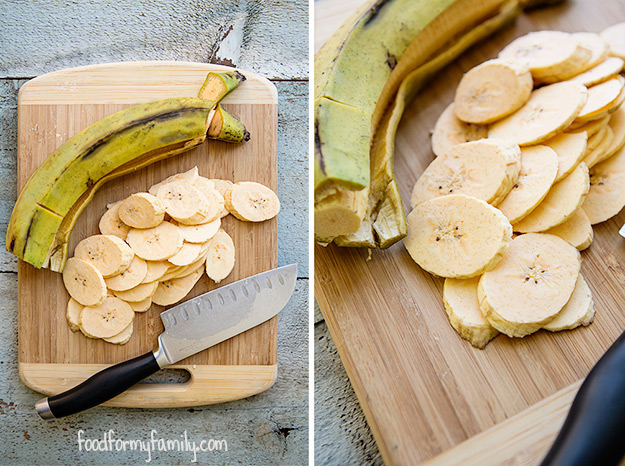 Rather than wallow in self-pity and bemoan the unfairness of it all, we’ll be spring breaking from the front room. We’ll splash each other thoroughly in an ocean of frozen water while basking in the 30º F temps, build snow castles, and sample the local fare of far off lands.
We’re replacing our Jack Frost-kissed windows with wipe open ones in our mind’s eye, billowing white waves of gauzy fabric float on either side looking out to crayon-colored blue sky and the turquoise expanse of never-ending ocean. 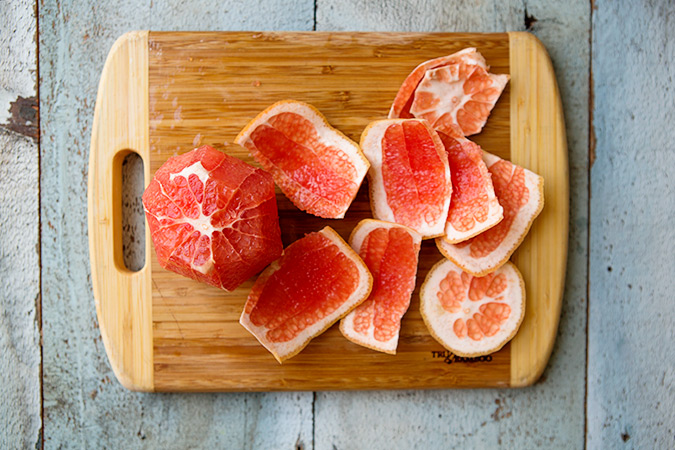 Green plantains get thinly sliced and given a toss in warm coconut oil before being spread out and baked to a crisp crunch. A light sprinkle of sea salt is all it takes for these starchy chips to become a favorite salty snack that works well on its own or as the shovel for our friendly ceviche.
Firm halibut chunks are marinated in acerbic lime juice, bright and pungent, until they lose their translucence and turn an opaque white. Paired with the slightly honeyed pink grapefruit to tone down the lime and dotted with sweet red onions and jalapeños for a contrasting crunch. 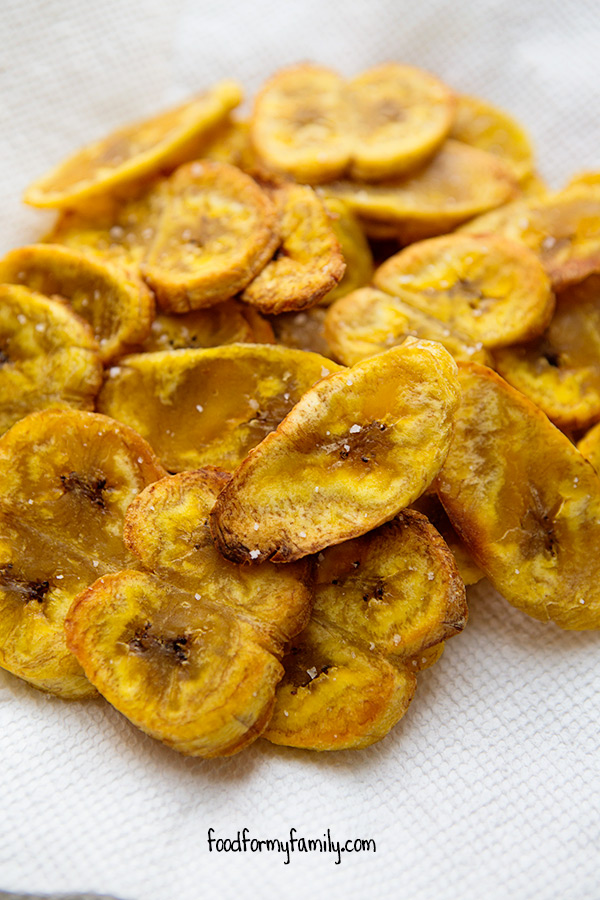 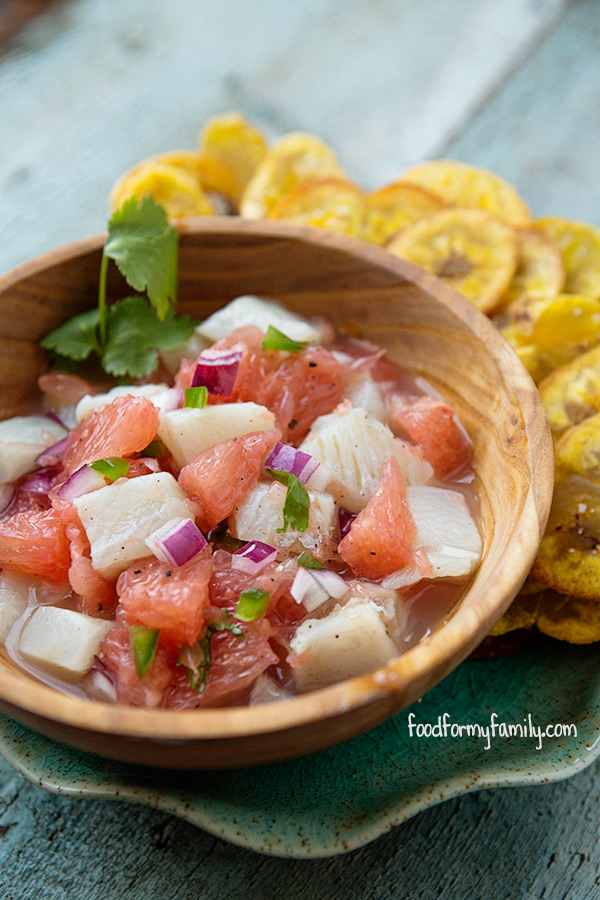 1 pound Alaskan halibut filet (fresh caught or flash frozen)
1 cup lime juice
2 pink grapefruits
1/4 red onion, diced
2 jalapeños, diced
2 tablespoons fresh minced cilantro
1 teaspoon kosher salt
fresh cracked black pepper
Cut the halibut into 1/2″ pieces and place in a shallow dish. Pour the lime juice over the fish and stir to coat completely. The lime juice should cover the fish. Cover the dish with plastic wrap and refrigerate for 3 hours, stirring halfway through, until the fish pieces are opaque through to the center.
Pour off a bit of the lime juice from the fish, leaving just a small amount. Add in the grapefruit pieces, red onion, jalapeños, cilantro, salt, and pepper. Stir to combine. Serve with plantain chips or tortilla chips.

4 green plantains
3 tablespoons coconut oil
sea salt
Preheat the oven to 400º F. Peel the plantains and thinly slice, using a mandoline if possible. Set aside.
In a large saucepan, melt the coconut oil over medium heat. Turn off the heat once the coconut oil is completely melted. Toss the plantain pieces in the coconut oil to lightly coat. Spread in a single layer on baking sheets and sprinkle with sea salt.
Bake for 16-18 minutes, flipping the chips and rotating the baking sheet halfway through the cooking time. Remove from the oven, sprinkle with a bit more sea salt, and allow to cool. Serve warm or cool.