To start off I have to say, this is not a grilling recipe.  I’ve never tried it on the grill, and I probably never will.  Certain things need stability – a high speed camera, a vintage moped and good cornbread.  The latter requires a type of stability that can only be provided by a highly predictable 400 degree oven.  Would it work on the grill?  Yeah, for the most part, but I can only guess that you would have varying areas of doneness depending on the temperament of your grill.  But allow me to back up a little. 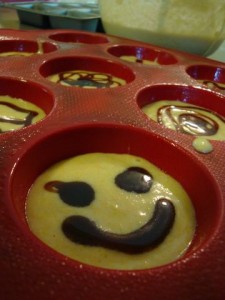 For many years now I have been searching for a good cornbread.  Cornbread to accompany a smoky rack of ribs or a peppery beef brisket, cornbread to provide a distraction from the protein heavy creations I keep brining in from the patio.

Long ago, when my stomach could tolerate a trip to the local Boston Market, I was a fan of their cornbread.  A local BBQ chain also puts together a decent corn muffin, but for various reasons, I no longer patronize either of these two places.  Does this mean that I am to be deprived of a well balanced corn loaf?  Well, up until last year that was exactly what that meant.

Sure I tried plenty of recipes, I searched the internet, tried the packets (just add water – more like “just don’t bother”), but none were up to snuff.  Most were too dry and crumbly, others were too complex (including the suggestion of adding some yellow cake mix) and didn’t deliver.  It really shouldn’t be that hard, should it?

As it turns out, the answer was staring me right in the face.  In a desperate moment I had a revelation.  Why not try the recipe on the back of the corn meal can?   Hmm…I guess the folks over at Quaker might know a few things about cornbread.  I mean, they do manufacture the main ingredient by the ton.  Sure, why not.  So try it I did, and the result?  The best thus far.  But of course I couldn’t leave well enough alone, so after a little tinkering, I have what I believe is the best cornbread I can make.

The secret was to spice it up a bit.  Cornbread can be fairly boring.  Usually I end up putting butter and honey on it to liven up the party, so I thought, why not add the honey before hand?  That turned out to be a winner.  After I had poured the batter into the muffin pan I would go back and top each one with an interesting pattern of honey.  While the bread baked, the honey would sink down into the middle and then wait there until it was eaten.  This eliminated the need to add honey at the table, and reduced the mess with the kids considerably.

That was a good start, but I wasn’t finished yet.  Lately Shaina has been adding finely chopped, fresh jalapenos to her tasty guacamole which is amazing, and a few weeks ago, while preparing a few sides for a BBQ feast, the wheels started turning.  Cornbread, honey, and jalapenos.  Why not?  I diced up three fresh peppers and added them to a batch of Quaker endorsed cornbread.  The results were unprecedented.  Sweet corn flavor, a strong honey note, a little something to chew on, and a slow burn perfectly balanced by the sweetness of the honey.   And as a bonus, the honey sinks into the muffin and around the edges and gives the whole thing a crispy exterior that locks in the flavor.

So how does one go about making these?  Well I’ve already given you enough, but if I have to spell it out, I will.

2 egg whites beaten (do not use whole eggs, it will make the batter too heavy)

1 tsp honey per muffin (I use buckwheat honey)

Mix the dry ingredients first, add everything else except the honey.  Then portion the batter out into muffin cups.  I like to use a mini loaf pan because I like my servings to be a little bigger and I think they dry out less in the oven – but feel free to use anything you like.  This works well in a skillet in the oven too.  For this sesson I ended up making a pan of regular sized muffins without the jalapenos for the kids and then made a second batch of mini loaves with the hot peppers for the more daring among us. 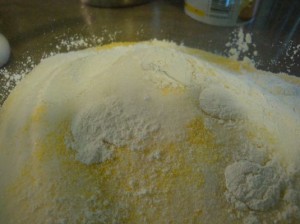 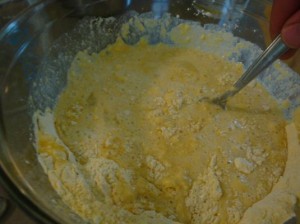 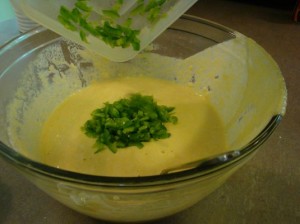 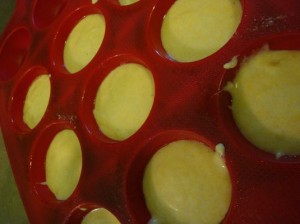 Now comes the creative part.  Adding the honey.  I like to draw out pictures for the kids, my most popular designs are butterflies, flowers, clovers and peace signs which incidentally all look the same (indiscernible) after 20 minutes in the oven.  Just give each portion a good steady squeeze as you move it around the surface.  If you’re feeling adventurous, let the kids make their own patterns. 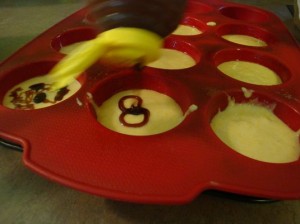 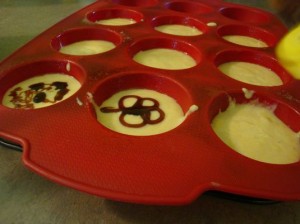 Bake for 20 to 25 minutes at 400 degrees.  I like to time these so that they are done about five minutes before we are ready to eat.  They are the best fresh and warm although they hold their own for a week stored in an airtight container. 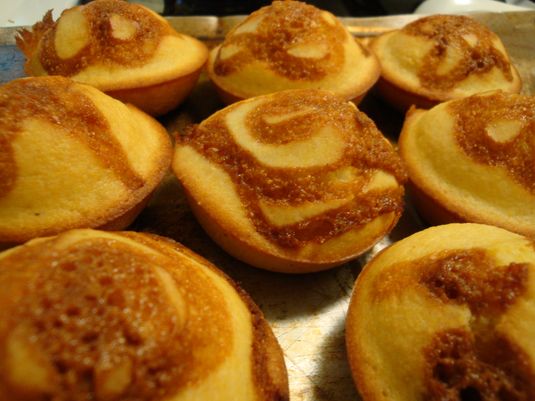 Recently I found out that leftover muffins can be perfectly regenerated in a toaster oven set at 400 degrees for 5-10 minutes, although you can cheat and just microwave them too. 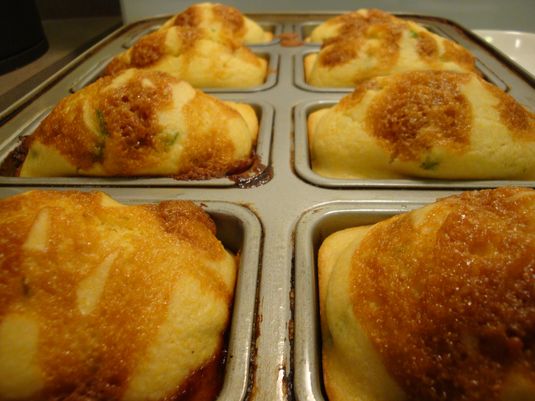 I know what some of you are thinking – not everyone likes jalapenos – and you’re right, but trust me, they aren’t that hot, but there’s nothing wrong with reducing the number of peppers or leaving them out entirely.  As long as you keep the honey they will still be grade A.  So give it a try at your next hog roast but do yourself a favor and make a double batch because these muffins don’t last long. 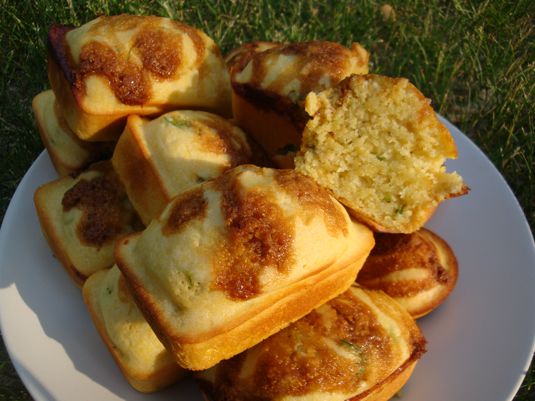