The following post is from Katie of GoodLife Eats and is the second guest post in the Breaking Picky Eaters series. We’ll hear from one more mom early next week, and then we’ll start to look at different reasons why a child might be picky and solutions and methods to try with your “particular eaters” at home based on what has worked for all of us, what hasn’t worked and what might work for you. 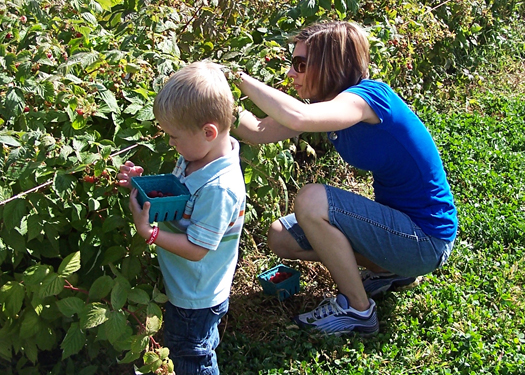 I know that many moms struggle with feeding their children, particularly if one, or more, of those children is considered a picky eater. I know because I fight this battle every.single.day. and have for the past 5 years. My almost 6 year old is the pickiest eater I know.
I hate to use the word picky, but I don’t really know another way to describe his eating habits. I always tell people to imagine the pickiest eater they know and then times that by at least 5. Then you have Logan.

I knew Logan would not be the easiest to feed starting pretty young. He did well with most baby food purees, but as we graduated to table foods I saw him struggling with mixed textures. By 15 months we found out that he had a severe peanut allergy and saw an immediate change in his eating.
His predispositions towards difficulty eating were amplified overnight. He was on guard all the time, and over time that fear of food became a habit. To him that was just the way it was. He didn’t like trying new foods, but he no longer knew why, and despite our best efforts, we saw him eliminating more and more foods from the list of what he would eat.
Pediatricians told us to keep trying, keep offering new foods, exposing him to difference choices. I heard “try this, try that” and constant suggestions for how to present foods or different foods that kids his age typically liked. And he didn’t like any of it simply because he wouldn’t taste it. Over time feeding became a power struggle. Logan was (and is) incredibly strong-willed and would rather not eat at all than try something new. Already on the smaller side, we couldn’t afford him to go on a food strike.
By 3 we were referred to an occupational therapist that specialized in feeding. We learned that Logan wasn’t really a picky eater, but a “Problem Feeder.” When we first started with the therapist Logan couldn’t handle having a new food placed in front of him without a total meltdown. The therapist worked with him to get him comfortable around new foods without the pressure of having to try something.
In the sessions we painted with pudding, made sailboats out of cheese and crackers, cut lunch meat out with cookie cutters and over time Logan would play with everything and eventually started to try a few things. 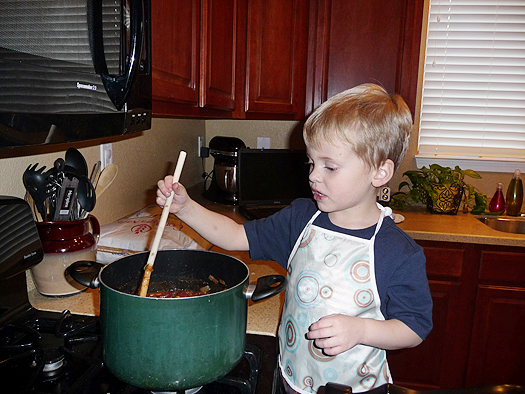 Where We Are Now

Logan “graduated” from therapy a year ago, but he’s still on the pickier side. We’ve made some progress, but we still have a long way to go. It’s a journey. Now we continue the tools we learned in therapy with him at home.
Monthly Focus
We choose one to two new foods each month and focus on those foods for the whole month. We usually choose a few foods that we would like to focus on and then let him choose one or two from that list. First we focus on just trying a bite at each meal and gradually build it up. After a few months Logan learned that this was the new routine (and was old enough to understand us explaining it to him) and went along with cooperation.
In a month Logan went from eating one bite of baby carrot to easily eating 5-6 carrots at a time. Right now we’re working on grilled cheese sandwiches; because believe it or not that’s something he’s never willingly eaten. I’ve found this monthly focus on new foods to be the least stressful way possible to incorporate new foods into his diet.
Besides this, I’ve found that the best we can do is set a positive example and involve him in the kitchen as much as possible. We also like to go raspberry picking in the summer and grow a vegetable garden to encourage more positive, fun experiences with new foods. Some of Logan’s favorite foods include pancakes, banana bread, pumpkin pecan muffins and oatmeal almond chocolate chunk cookies.
Encouragement
If this sounds familiar, I would encourage you to get in touch with your pediatrician to find out if there is a feeding specialist in your area that you can work with. Surround yourself with those who are uplifting rather than degrading and focus on the positive improvements your child makes.
It’s so easy to get weighed down by the negative but with the right support you and your child can work through these difficulties.