Enter to win a Babycakes Cupcake Maker and cookbook that makes more than just cupcakes. It can make your entire meal in minutes. 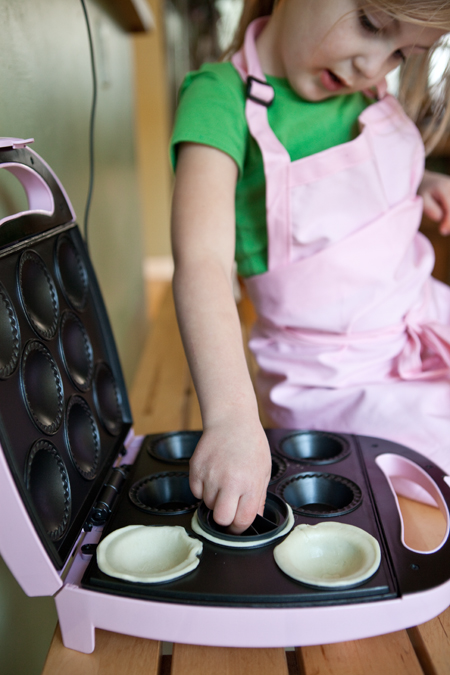 My kids are generally pretty excited in the kitchen, especially that pink-apron-wearing one up there. If I so much as walk towards the kitchen she is asking if we can make something. The mere mention of a mixing bowl has her pulling out aprons left and right.
The kids’ enthusiasm in the kitchen makes me smile, and while sometimes I am less then thrilled about having them underfoot, I want to encourage them to love the act of cooking, creating and eating. It doesn’t have to be a profession they hope to go into later in life, but everyone must eat. I view teaching them how to feed themselves as an essential life skill, just like tying their shoes or washing their own laundry. 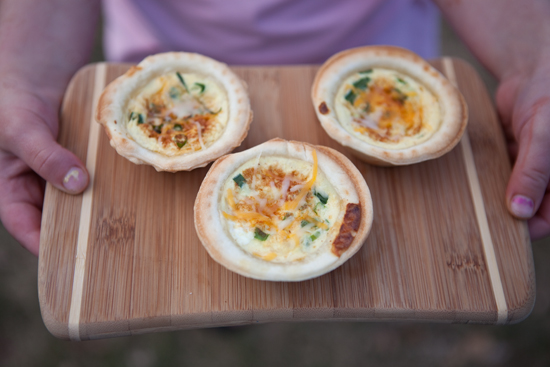 While I admit to being skeptical about adding another appliance to my collection, especially one that makes cupcakes, I was pleasantly surprised when a quick glance through the Babycakes cookbook revealed that the possibilities with the cupcake maker were endless, and when my four children then adopted it as their own personal oven and way to make desserts, breakfasts, lunches and dinners, well, I won’t be giving it back anytime soon.
The Babycakes Cupcake Maker is an EasyBake Oven for real food. The kids have made cupcakes baked from scratch, brownies from our favorite recipe, mini quiches as appetizers, sandwiches, pies and even baked eggs with Parmesan and herbs all with little to no assistance. For my younger kids who aren’t quite ready to use the oven on their own, it’s given them the ability to have more control over what they can create in the kitchen. Making their own snack can be a half-hour activity that produces eight mini Dijon and chive quiches (quite tasty) from leftover pie dough, an egg and a bit of milk. 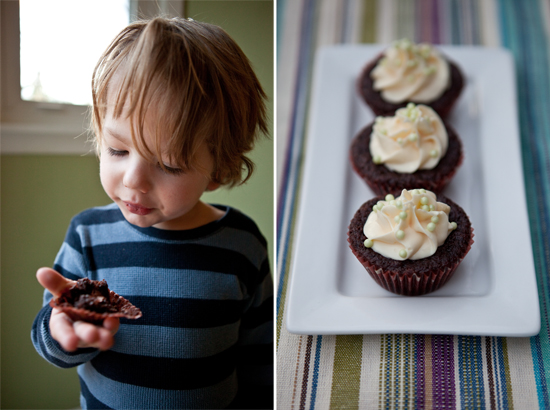 The cookbook is great for giving you recipes for cheesecakes, cupcakes, pies, quiches and more, and it has served well at sparking our own creativity when using it. Plus, the freedom in having the kids make their own eggs for breakfast on a Saturday morning? Those last few minutes of sleep are precious.

One lucky reader will win a 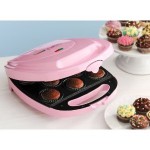 Babycakes Cupcake Maker and a copy of the 175 Best Babycakes Cookbook!

HOW TO ENTER TO WIN

1. Leave a comment. When did you start playing in the kitchen?

Enter to win a a Babycakes Cupcake Maker from @FoodforMyFamily http://su.pr/2mck08 #giveaway

3. Join the Food for My Family community on Facebook. Come back and leave a comment letting me know you did so. If you already do, THANK YOU. Just let me know.

4. Join the Plugged into Cooking community on Facebook. Come back and leave a comment letting me know you did so.

This giveaway will run until Wednesday, November 23rd at 11:59 p.m. ET and is open to all U.S. residents. A winner will be chosen at random using Random.org from all eligible entries. Each reader has 4 chances to win by completing the above tasks and leaving a separate comment for each entry method completed. Chosen winner must respond within 48 hours of notification to claim their prize. Good luck!
This giveaway is sponsored by Babycakes. Tips, opinions and random thoughts are 100% mine.