I made potstickers. I did it. Truthfully, this is my first attempt at making my own. Sure, I’ve done cream cheese won tons, crab rangoon and other varieties of dim sum. I have even cooked potstickers in a pan with varied success (my successes have been far superior to Ole’s), but I have never actually filled and cooked my own. Until now.
The work of the dumpling is definitely in the prep work. To make it easier, you can purchase won ton wrappers. They are readily available in the refrigerated section, generally near the vegetables. I opted for the square variety, but you could always use round ones. Less crimping required to achieve the right shape, I’d think. Won ton wrappers in hand, there is this bit about dicing and chopping to consider. We went with tuna after we watched Guy on the Food Network visit Bubba’s Diner. Tuna in a potsticker with ginger? I signed on immediately. 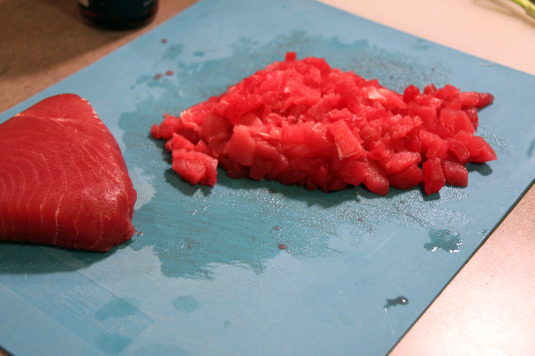 In addition to your tuna will be ginger and garlic, mirin, soy sauce, scallions and a bit of cornstarch to keep the juice at bay. 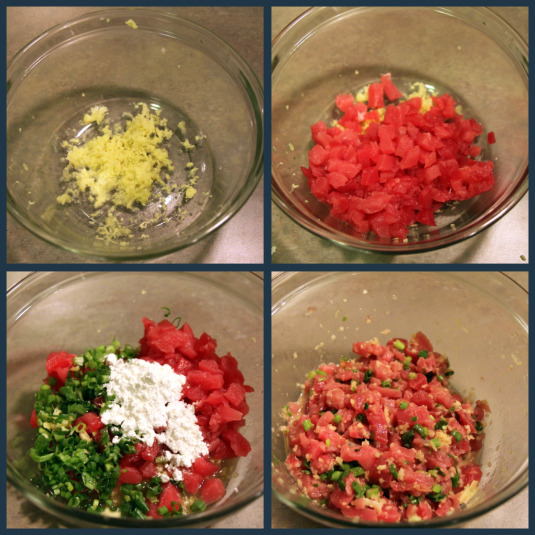 For assembly: a small cup of water, your wrappers and tuna mix and a wet paper towel or cloth to cover stuffed dumplings as you continue to do the others. 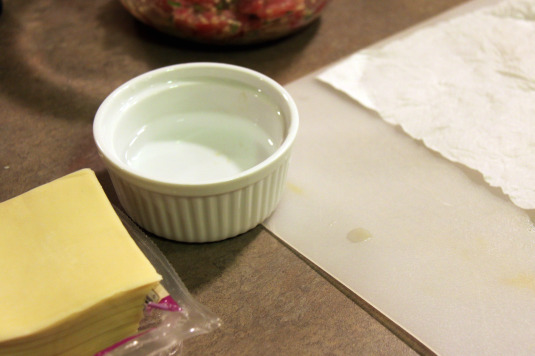 Gyoza, dumpling, potsticker assembly is an art. Wet two neighboring sides of the won ton wrapper. Place a teaspoon-sized scoop of filling in the center. Then fold the wrapper into a triangle and press to seal. Then, starting at the far corners and working toward the top of the triangle, pleat the wrapper a few times, pressing to seal after each pleat. Place finished potstickers under your wet towel so they don’t dry out while they wait for their friends to join the party. 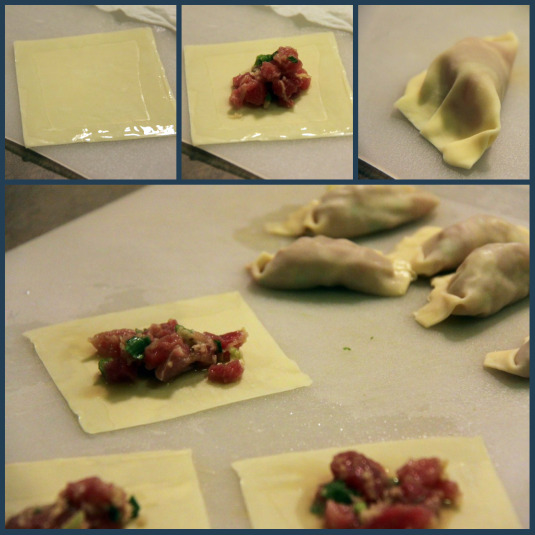 Still, even with this mini victory, I opted for the easier method of cooking: boiling. This way I had nothing to worry about when it came to the stickage factor, and, well, we were using the pan I wanted to finish the sweet and sour chicken in that night, and it seems just as well that without the ideal pan, boil away they must. Not to fear. I will conquer the pan and the stick soon. I did, after all, make some extra to freeze for easy use. More on this later.

Continue boiling until the wrappers look translucent and you can see some of the scallions through them. 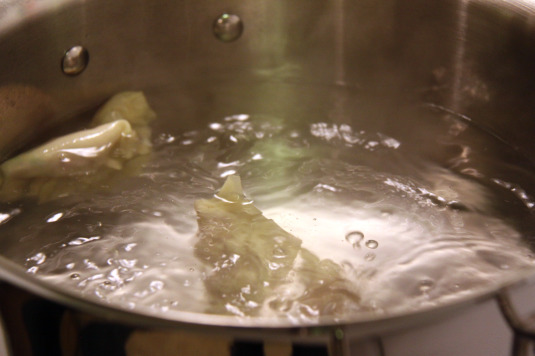 Then fish them out and let them drain.

I have to say I’m excited they turned out. Boiling seems like a bit of a cheater way to get a potsticker, since they aren’t stuck to the pot and don’t have that telltale searing on the bottom. But it was definitely easy and fuss-free. 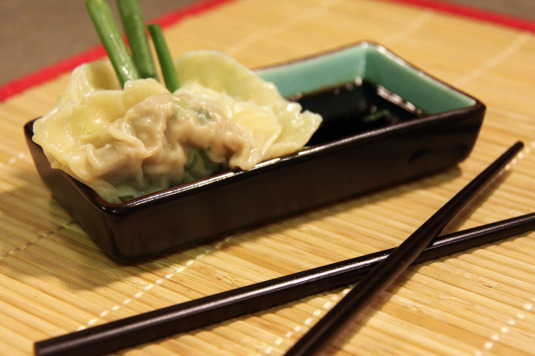 And perfect for dipping in a sauce of ginger, soy and sriracha. 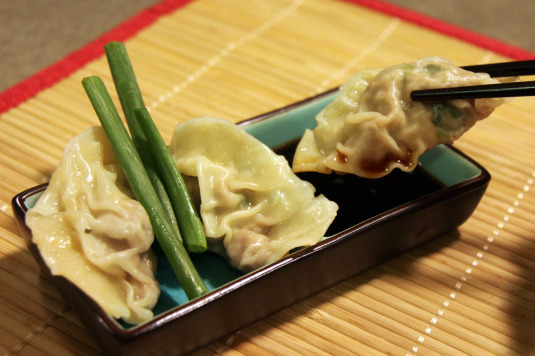