A recipe for rhubarb almond danishes from a laminated dough with a frangipane and rhubarb swirl, glazed with rhubarb syrup. 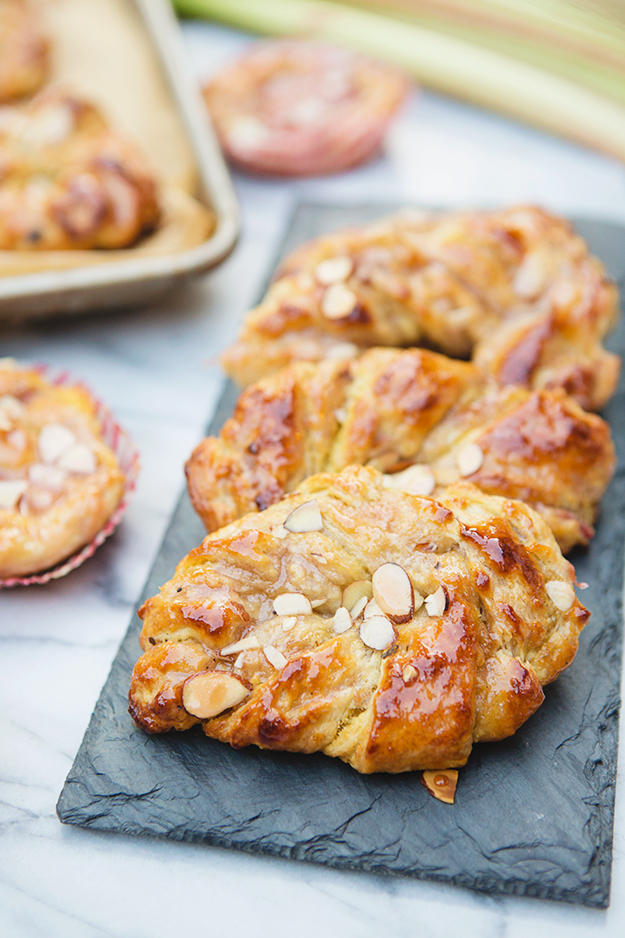 June has arrived, and my children count the days to summer vacation. The lilacs have gone from fragrant violet blooms to dried blossoms seemingly overnight. The irises and poppies are now full and colorful, each vying for attention. My vegetable garden whispers of promise (even as I try to troubleshoot plant issues).

I spent my morning in the dirt, replanting failed seeds, babying the seedlings as they send out new leaves, turning into mature, fruit-bearing plants. I strung further on our pea and bean teepee, encouraging the thin tendrils to take hold of the new twine.

In the corner of the garden sits a rock-walled raised bed. In the center sit my now brown lilac, which is ringed by strawberries, my daughter’s fanciful fairy garden, and the rhubarb I planted our second summer in this house. 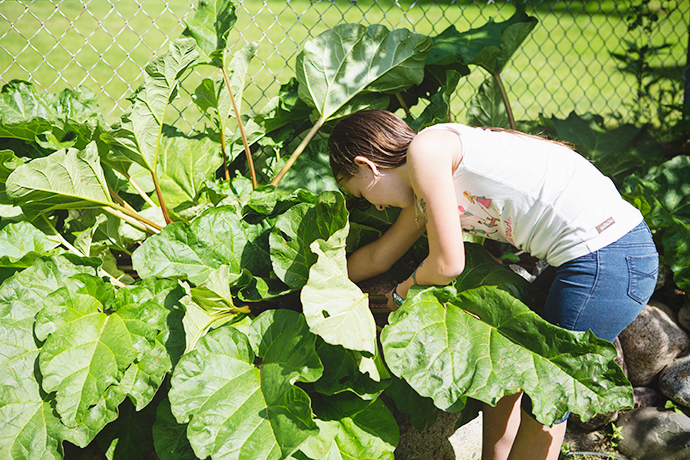 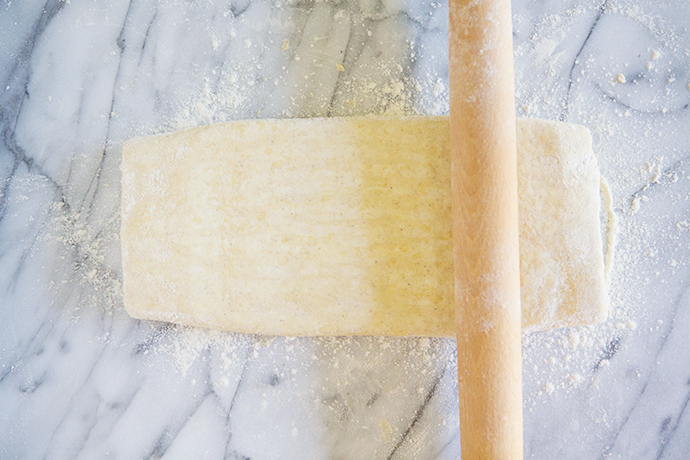 The rhubarb is out of control, the patch growing larger and more abundant every spring. Each year I make a list of well-intentioned plans for how to use it. Each year I go back to making the same two things: honey rhubarb simple syrup and my mom’s rhubarb coffee cake. Repeat.

So today as the heat rose and the sun beat down on my spring garden, I decided to make a laminated pastry dough in my non-air-conditioned house and turn the oven on to 425ºF. Naturally. (Tomorrow’s high promises to be 66ºF; a much more sensible choice.) 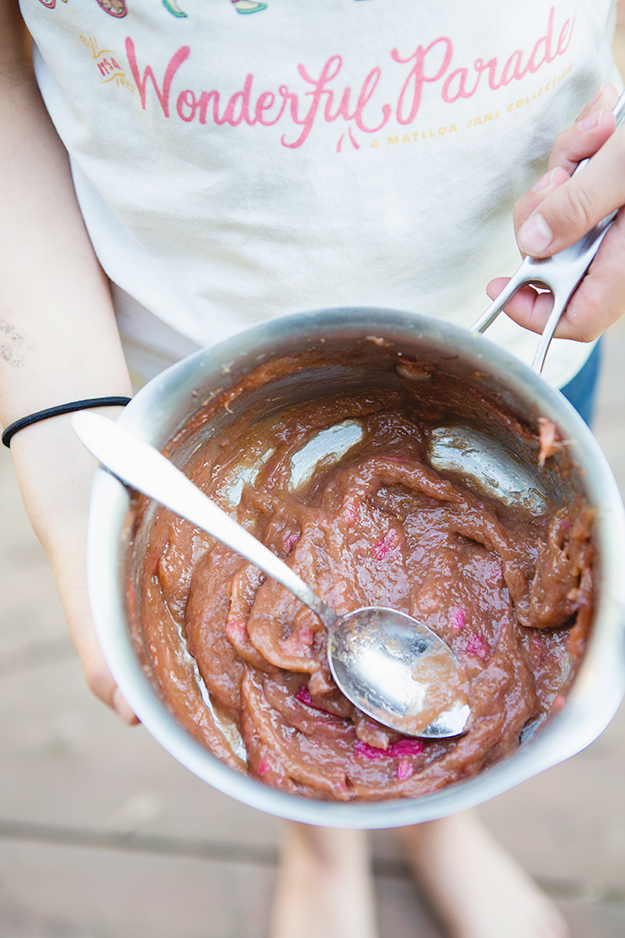 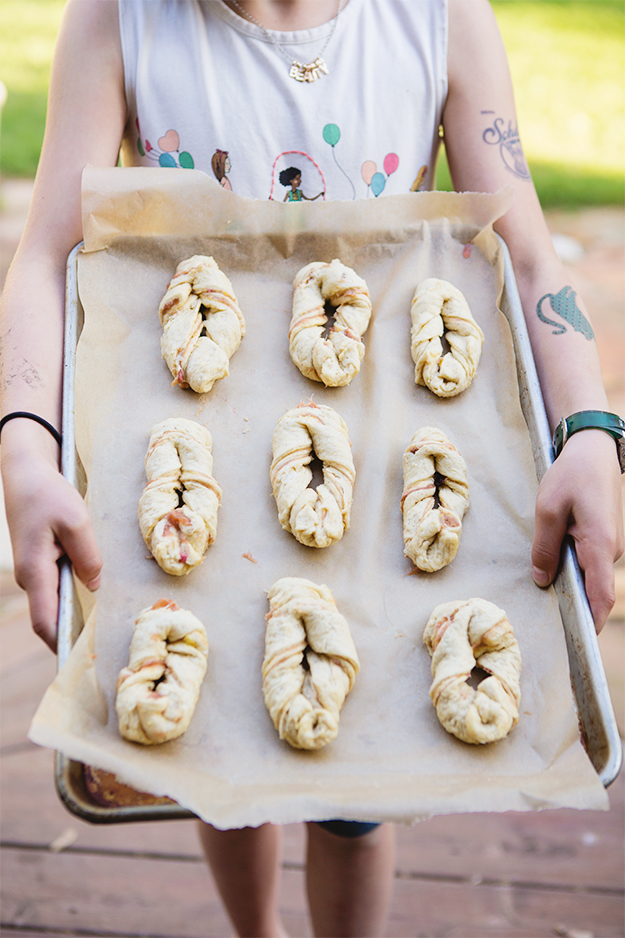 I called the fairy garden daughter to the kitchen, and she happily assisted rolling and folding and filling the dough, all while talking about making light saber LEGO earrings and her newfound facts on the mating habits of cardinals, which can be seen from our kitchen window. 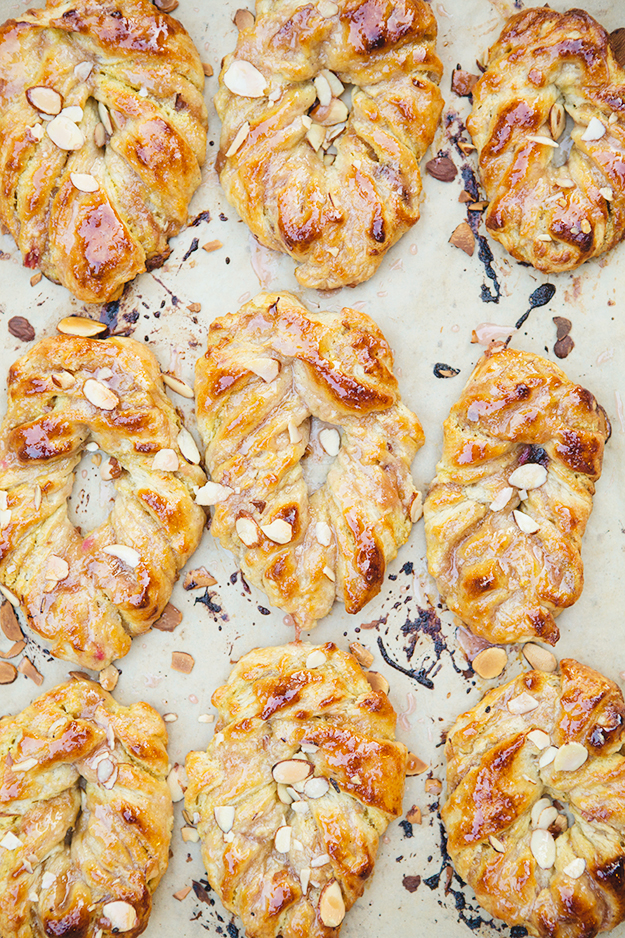 These danishes start with a basic a yeasted laminated dough dotted with freshly ground cardamom specks. They’re filled with frangipane and a smear of cooked down rhubarb butter, glazed rhubarb syrup, and sprinkled with a healthy handful of sliced almonds.

A recipe for rhubarb almond danishes from a laminated dough with a frangipane and rhubarb swirl, glazed with rhubarb syrup. They’re not too sweet, with the tangy rhubarb providing a nice contrast against the sweetness from the honey and the richness of the buttery dough. 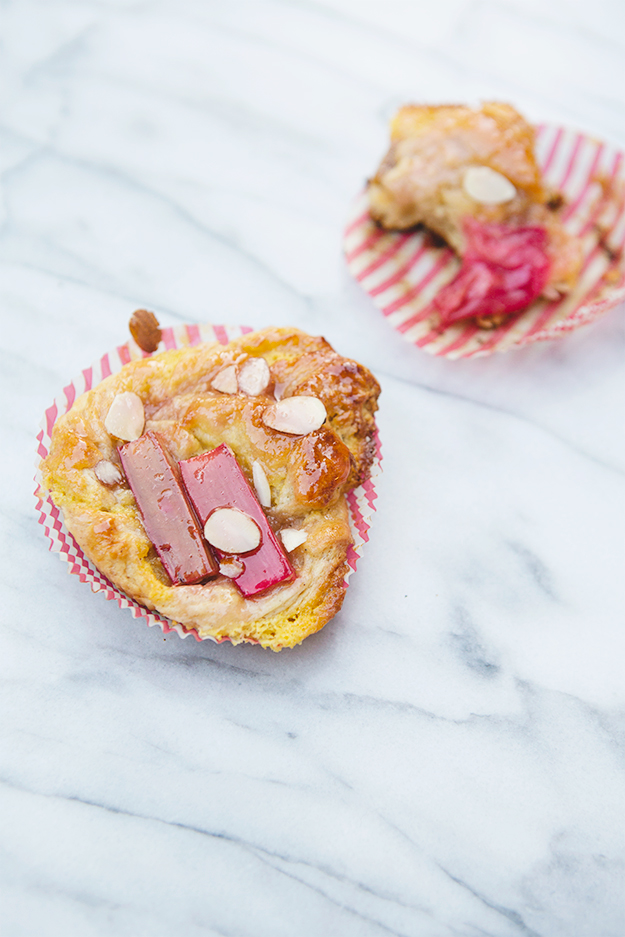 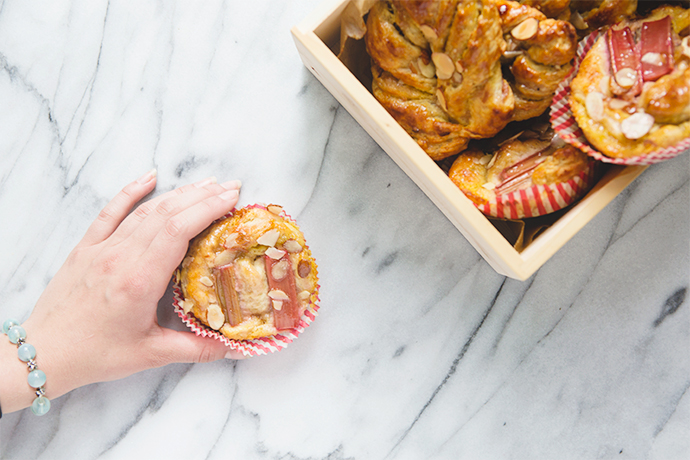 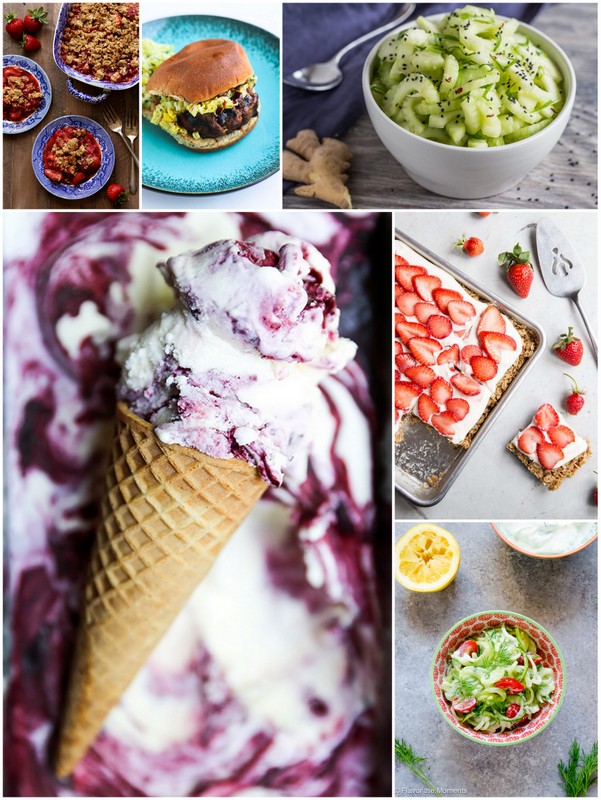 It’s time again for #EatSeasonal, hosted by Becky of Vintage Mixer. Be sure to check out what everyone is doing with June’s bounty this month. 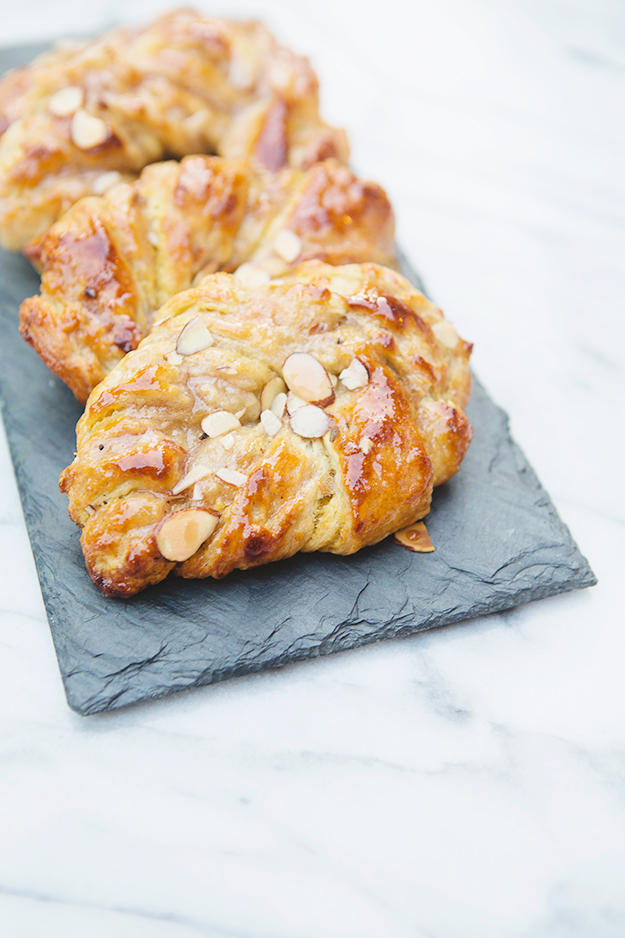