Steak au Poivre is one of those gorgeous meals that fills the house, is showy to make in front of guests and makes you want to curl into the couch after dinner, completely content and satisfied. Tenderloin filets are pan fried and then added to a rich, creamy pepper sauce.
Sometimes you need a showstopper.  Maybe you are trying to impress a date with your cooking skills, maybe you need to show up some food snobs at your next dinner party, or maybe you’re just having an old friend over.  Recently for us, it was the latter.  Our good friend Joel hadn’t been over in a while so we thought we’d wow him with my new favorite way to have a steak (that doesn’t require a grill).  The only condition for him was that to earn his meal, he needed to be our guest photographer.
This is another beef tenderloin recipe. You can buy a full tenderloin and cut it into steaks. You can then wrap and freeze them for later when you need a showstopper.  Nothing stops a show like beef, cognac and cream (plus, there’s fire).  The result is the most buttery, peppery steak I’ve ever tasted, and though it may look intimidating, it seriously is one of the easiest recipes ever. 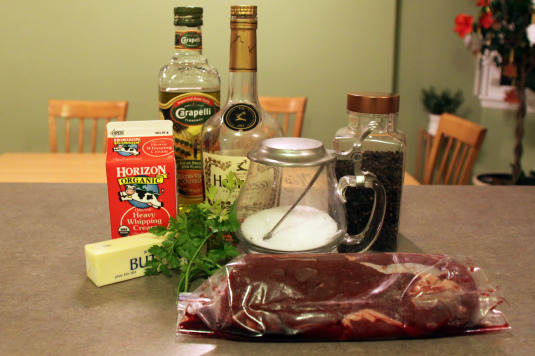 This is largely based on Alton Brown’s steak au poivre.  I have made a few variations, but I will go over the standard here.
Start by slicing a whole tenderloin into medallions about 1 ½ to 2 inches thick, and sprinkle them with kosher salt. 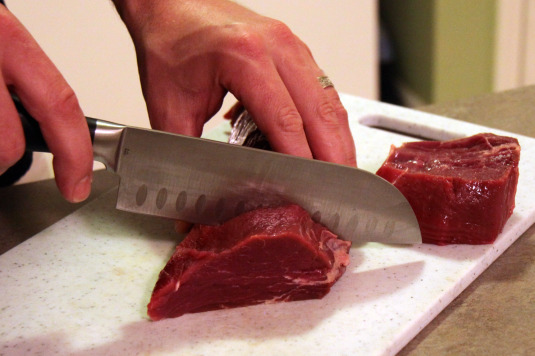 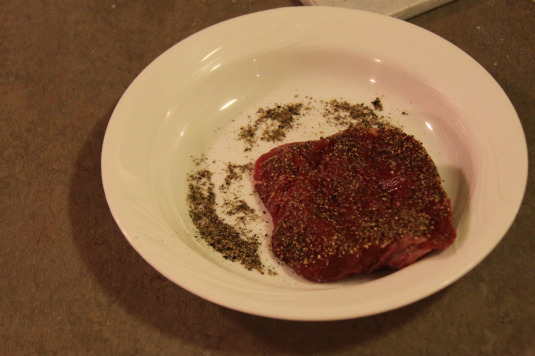 Melt the butter in a pan over medium heat and add olive oil.  Do not use a nonstick pan – we want these to stick. 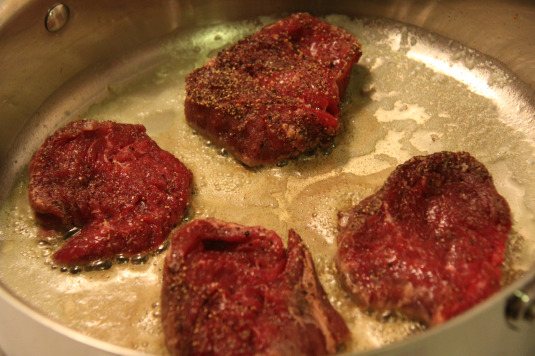 Place the steaks in the pan flipping once at about five minutes and removing to foil after another five.  This will yield a medium rare to medium steak, adjust cooking time as your tastes require. 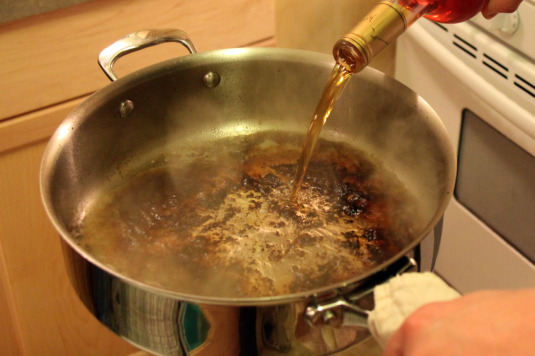 Turn off the heat and add the cognac to the pan to deglaze.  Use a long kitchen match or something comparable to ignite the booze. 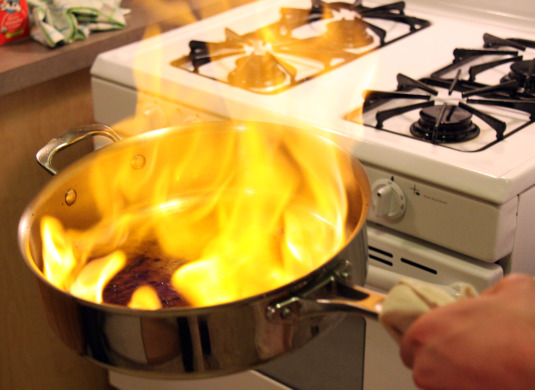 This will erupt in a dramatic fireball and continue to burn until most of the alcohol has evaporated. 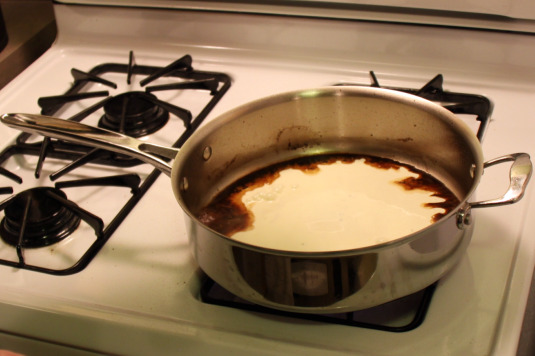 Once the fire goes out, return to medium heat and add the cream.  Stir the sauce making sure to scrape the bottom to liberate all the tasty bits.  Continue stirring until things firm up a bit – about 3 or 4 minutes.  This would also be a good time to add any additional flavors.  I threw in some chopped parsley here, but I’ve also added some mushrooms in previous versions. 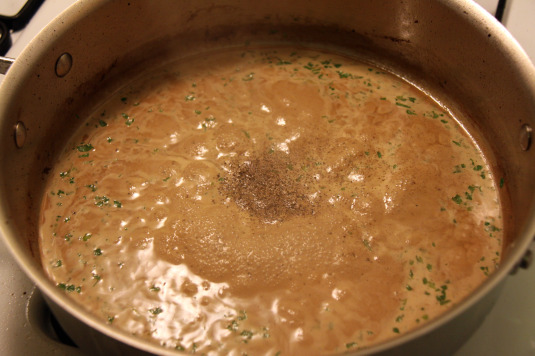 When you’re satisfied with the consistency, turn off the heat and return the steaks to the pan for a bath. 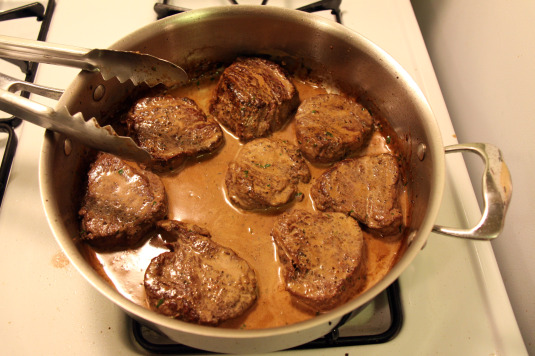 Plate with additional sauce over the top. 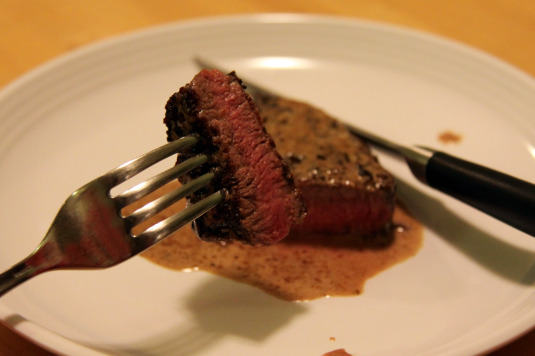 With a little practice, this will become your best bet for a quick easy show stopper that is not only a feast for the palate but one for the nose and eyes as well.  Thanks Joel.
Adapted from Alton Brown

4-6 tenderloin medallions about 1 1/2 inches thick
kosher salt
2 tablespoons coarsely ground black pepper
1 tablespoon butter
1 teaspoon olive oil
1/3 cup cognac
1 cup heavy cream
Evenly salt the medallions and roll in black pepper. Melt butter and olive oil over medium heat and sear the steaks about 4-5 minutes per side and remove to foil. Drain off excess oil and butter then deglaze the pan with the cognac. Ignite the cognac and swirl until the flame goes out. Add the cream and heat over a medium flame until the sauce thickens. Return the steaks to the pan and flip to coat. Serve with additional sauce over the top.